“Jason Tom is from another planet! He is the Michael Jordan of beatboxing! The Human Beatbox Machine!” - Allan Silva

It's not every guy who gets mistaken for a boombox. Former McKinley Tigers' soccer forward, and judo champion Jason Tom, one of Hawai’i's most visible beatboxers, is a walking, talking instrument; an energetic combination of drums, snare, vocals and synthesizer, all replicated using his voice.

Tom's unusual talent won a perfect score from all the judges during Pipeline Hawai’i's Got Talent competition and secured him a place in the final. (He ultimately placed fourth overall.) .

To date, Jason Tom perpetuates the art of vocal percussion to 5.6 million families, companies, and households.

It was Charlie and Lucy Wedemeyer's story that moved Tom, and when they signed his copy of Charlie's Victory that launched him to flip the script over his life, and be a significant example in this world on what it means to not give up, no matter what.

At an early age, Tom was vocally compelled to sing the snare of a drum, and the bass of a synthesizer. Today, he vocally sings the didgeridoo by fusing beatboxing, and Genghis Blues-inspired Tuvan throat singing. Tom's unique contribution to "Billie Jean" in the entertainment world is the non looping simultaneous live fusion of beatboxing, singing, and moonwalk dance that skyrockets him to another orbit.

HUMAN BEATBOX HISTORY, BLUEPRINT, AND INFLUENCE
Jazz legend Bobby McFerrin and Michael Winslow the Man of 10,000 Sound Effects are the blueprint of a beatboxer. The "human beatbox" was coined by Dj Barry B in 1982 to describe Doug E. Fresh, when he would vocally mimic a drum machine. Beatbox in hip hop described a "drum machine." A human beatbox in urban culture is a "human drum machine." Buffy of the rap trio Fat Boys made the human beatbox go mainstream. In modern day, a human beatbox is known also as a beatboxer, mouth drummer, multi vocalist, and vocal percussionist. Biz Markie, Rahzel the Godfather of Noise, and Kenny Muhammad the Human Orchestra paved the way for the next wave of beatboxers.

AMATEUR BEATBOX DAYS
What you hear from Jason's beatbox sound was spawned from his upbringing in urban Honolulu, and his early childhood years in East Bay California.

As we go through a time machine capsule to 1989, Jason Tom's amateur beatbox days began at age six while Ronald Regan completed his second term as the 40th president of the United States of America. It took place at his parents' master bedroom turned into a make shift music studio with his music cassette recorder in the concrete jungle of Downtown Honolulu.

Jason music cassette recorded his beatboxing by memory of Michael Jackson "Bad" after he watched the Moonwalker VHS at Liholiho Elementary, and at family gatherings. He was inspired by the raw urban culture and New York Subway scenes in "Bad," "Badder," and Weird Al Yankovic's "Fat."

TURNING PRO
Fast forward in time to 2004, Jason's professsional beatbox days began at age 21 when he enrolled at the University of Hawaiʻi at Kapiʻolani as soon as he became conscious with a concussion at Queen's Medical Center from a traumatic collision with a SUV. His instinctive judo sprawl, shout and side fall, driver that rendered help and her prayer, and that ambulance team ultimately saved his life.

REWIND
In the 1980s, 1990s, and 2000s, Jason continued to beatbox behind the scenes when he transferred to Kauluwela Elementary, and his years at Kawananakoa Middle, and McKinley High. He attempted to play a toy piano, ukulele, ipu, tuba, and a Chinese lion dance play drum set. Jason was more compelled to vocally sing the instruments than to actually play them by hand.

ELEMENTARY EDUCATION
As a Kauluwela Tiger Cub, he self-published comic books and created characters like Gecko Man to a small audience. He briefly attended and dropped out of Sun Yat-sen Chinese School. George H.W. Bush finished his one term as 41st US president, and Bill Clinton began his first term as 42nd president.

SECONDARY EDUCATION
As a Kawananakoa Aliʻi, Jason's band teacher assigned him to play the tuba. He enrolled in summer school to graduate on time. He was still into making comic books and beatboxing.

As a McKinley Tiger, Jason was a two-year letterman in soccer and judo. He was known on the McKinley Tiger judo team as "Spider-Man."  He was still into making comic books and beatboxing.

Jason's senior season, he was McKinley Tiger soccer's leading goal scorer, one goal, in regular season play. He was honored the McKinley soccer team's Mr. Hustle Award. In judo, Jason secured 10 point wins for the undefeated McKinley Tiger judo team against the Kailua Surfriders and Kaimuki Bulldogs before the Oʻahu Interscholastic Association's team championship were cancelled due to furlough. Jason also enrolled in summer school and correspondence school to graduate on time. Bill Clinton finished his second term as the 42nd president, and George W. Bush began his first term as the 43rd president.

Fast forward in time again to 2004, Jason last joined Shobukan Judo Club and won a third place trophy at a judo tournament at Salt Lake District Park. He then collided with a SUV near Pizza Hut, and Liliha Bakery that left him unconscious. He had just finished practice at Shobukan Judo Club. Driver rendered help and an ambulance team brought Jason to Queen's Medical Center.

Once conscious, Jason reflected upon his life up to that point. Then he began his career profession in entertainment and music as a beatboxer. He returned to college and judo flipped his college academic transcript from a 1.0 to 4.0 grand point average. In 2005, he simultaneously began his career as a mathematics coach.

In 2006, Jason was recipient of the Freeman Foundation Scholarship to study intensive Chinese at Beijing Foreign Studies University. He was inducted into the Phi Theta Kappa Honor Society and honored on the University of Hawaiʻi at Kapiʻolani Community College's Dean's List. Jason graduated from KCC in 2007.

Jason Tom was nominated as one of the top 150 professional vocal percussion artists for the Beatbox Battle World Championship, is a featured musician on a Nā Hōkū Hanohano Award nominated Best Hip Hop and RnB Album, Honolulu Weekly's Best Local Musician Deserving of a Wider Audience! He has been honored the TEDx Honolulu Presenter Award for "Vocal Groove," and Hawaiʻi Scene Choice "Best Solo Performer" Award.

Chaminade Silversword Newspaper named Jason Tom as Hawai’i's King of Beatbox, Jody Kamisato refer him as Hawai’i's Human Beatbox, and basketball coach Allan Silva call him the Human Beatbox Machine! He's presented at the Chevron Speech Festival, Hawai’i Children and Youth Day, and has performed for middle- and high school students on the American Lung Association in Hawaiʻi's Music With A Message tour.

With Prisma Dance, Jason Tom is the beatbox specialty artist for the Creation production, and together they've presented showcases at Ala Moana Centerstage, U.S.VETS, Shriners Hospital, Celebrate Kalihi, and Harvest Celebration at Kalihi Union Church!

“Jason Tom is an incredible talent. If you can make it to his gigs, please do so. He will blow you away. ” — Traci Toguchi

Jason's completed a Now We Collide music project in Sydney, Australia with a to be announced release date.

This Honolulu native has lived coast to coast in Northern California, and New York, and overseas in Beijing, China. Jason enjoys blogging out of the Gathering Place in Honolulu, Hawaiʻi! Visit him online at JasonTom.com, HawaiiBeatbox.com, and JasonTom.org!

Jason Tom Child of the 80s
by Hi*Sessions Acoustic Live

Do What You Love Series: Jason Tom Human Beatbox
by Art And Flea TV 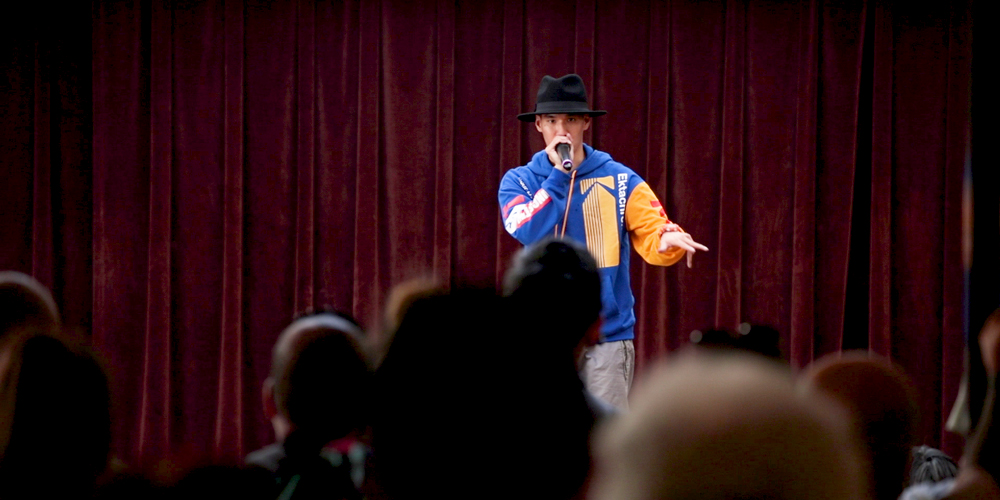 “Jason Tom is a world class talent with a passion for beatboxing. Beyond his incredible talent, Jason is a hard working, creative, loyal and compassionate human being who is clearly an outstanding example of living aloha. He is an inspiration to the world, including myself.”

“Jason Tom is a local beatboxer sharing his distinct sounds around the world, and to local keiki through his 'music with a message.'”